The last of our Peruvian coffees before the new crop comes in next year. But we saved up something real pretty. Although processed on a very basic level the coffees coming from this region are exquisite in quality. Which proves how important (organic) growing practices and terroir are. Here we are treated with some soft blueberry fruit flavors in a milk chocolate and vanilla base.

A note from our supplier, Nordic Approach:

Israel Vasquez is 35 years old and a second generation coffee grower The farm, El Catache has been in the family since 2007. The farm is situated close to the village Shumbana, in Santa Rosa district in the north of Peru. The family currently have 1 hectare planted with coffee, about average for the region. Though small, their farm is very well managed. The family grows about 4000 trees per hectare, 80% Caturra and 20% Catuai. The average production per tree is 2 kg of cherry. Israel manages to produce about 1200 kg of parchment. Their harvesting period runs from May to October, peaking around August/September, and up to eight pickers help the family during the harvest. The farm is organic, and Israel uses organic compost. He also grows other crops such as plantain, yuca, beans and corn.

This coffee is part of a sourcing program through an organisation called Origin Coffee Lab. The coffees are either micro lots or communal producer blends from the areas in the north around Jaen and San Ignacio. The farms are normally between 1-3 hectares and are family run. They harvest, pulp, ferment and dry the coffees at the farms. If the producers are part of a premium program, like ours, they will more likely invest in their production to create potential micro lots.

So far most of our coffees are coming from small caserios (villages) in La Coipa, Colosay, San Ignacio and a few other places. These are all places that we have identified with great potential through selective cupping. We also know that our exporting partner is investing in the producer relations there with support on quality protocols, trace ability programs and premiums.

The concept for us is the same across the communities where we source. We select micro lots of the coffees that are high performing at lot sizes between 10 – 20 bags. And we try to buy producer blends from the same areas as much as we can. The program is based on good premiums paid to the producers across all our coffees. To invest in the communities is crucial to get a consistent supply and to give the farmers incentives to invest.

A typical farmer within this programs will have just above 2 hectares on average, planted with coffee. They are organic certified. The equipment can be extremely simple, but coffees can still be amazing. Some have their own parabolic dryers, others dry on plastic outside their farms, or use a drying facility at their neighbour’s or relative’s place. It sounds rough, but the truth is that we have seen amazing coffees, well dried on plastic just outside their front door.

As most places in northern Peru the varieties of the group will often be mixed, and many of the trees have been in the region for almost 40 years. They mainly have local Caturra, Catuai, Bourbons, some Typica and Catimor. But Catimor is both rare and diminishing. The local producers call the non-Catimor trees “Bourbon” or “Costa Rica,” even if they could be Caturras or Catuai etc.

The farms are family operations and everyone will normally contribute. A few might have employed pickers in the harvesting season, but the farmers and family members also help each other picking coffee in the harvesting season. They have something called “Mingas” that means today for you, tomorrow for me. They will try to pick in passes according to when they have enough ripe cherries on the trees.

After harvesting they will pulp and ferment the coffees in their micro mills at the farms. It’s normally a small pulper and a wooden or concrete fermentation tank. But many are also fermenting in bags.

Within this group there are two main methods of processing. In the first method cherries are picked in the morning and floated immediately after harvesting to remove overripe and defective cherries. The next day, very early in the morning, the producer will remove the skin and fruit with mechanical de-pulpers. The second method involves pulping the cherries in the mechanical de-pulpers immediately after harvest. In both cases, the process is without water, meaning dry fermentation. They generally ferment in tanks or bags from 15 to 24 or 48 hours. After that they will wash and rinse the parchment before it’s moved for drying.

The farmers in this place dry most of the coffee on a plastic tarp or have small polypropylene tents on the ground, under a shade. They will properly cover the parchment at night. Only 2 of the 12 producers dry on tables. The drying time is 12-25 days, targeting moisture levels between 9-11%. 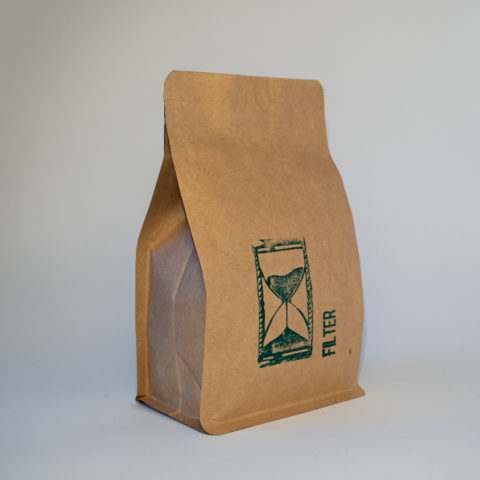